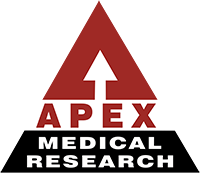 Phase I studies assess the safety of a drug or device. This initial phase of testing, which can take several months to complete, usually includes a small number of healthy volunteers (20 to 100), who are generally paid for participating in the study. The study is designed to determine the effects of the drug or device on humans including how it is absorbed, metabolized, and excreted. This phase also investigates the side effects that occur as dosage levels are increased. About 70% of experimental drugs pass this phase of testing.

Phase II studies test the efficacy of a drug or device. This second phase of testing can last from several months to two years and involves up to several hundred patients. Most phase II studies are randomized trials where one group of patients receives the experimental drug, while a second “control” group receives a standard treatment or placebo. Often these studies are “blinded” which means that neither the patients nor the researchers know who has received the experimental drug. This allows investigators to provide the pharmaceutical company and the FDA with comparative information about the relative safety and effectiveness of the new drug. About one-third of experimental drugs successfully complete both Phase I and Phase II studies.

Phase III studies involve randomized and blind testing in several hundred to several thousand patients. This large-scale testing, which can last several years, provides the pharmaceutical company and the FDA with a more thorough understanding of the effectiveness of the drug or device, the benefits and the range of possible adverse reactions. 70% to 90% of drugs that enter Phase III studies successfully complete this phase of testing. Once Phase III is complete, a pharmaceutical company can request FDA approval for marketing the drug.

Phase IV studies, often called Post Marketing Surveillance Trials, are conducted after a drug or device has been approved for consumer sale. Pharmaceutical companies have several objectives at this stage: (1) to compare a drug with other drugs already in the market; (2) to monitor a drug’s long-term effectiveness and impact on a patient’s quality of life; and (3) to determine the cost-effectiveness of a drug therapy relative to other traditional and new therapies. Phase IV studies can result in a drug or device being taken off the market or restrictions of use could be placed on the product depending on the findings in the study. Source: www.centerwatch.com